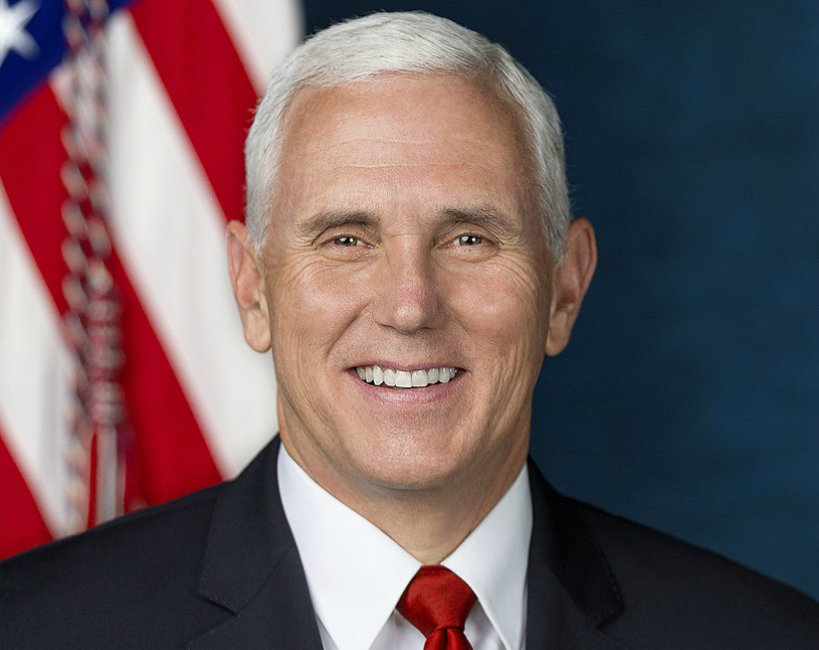 If, in the last two years, you’ve been paying attention to the happenings within America’s political sphere, you’ve undoubtedly had to view Vice President Pence’s excruciating exhibition in moral and ethical contortion. And to compound the existent embarrassment spawned by the vice president’s public displays of kowtowing-gymnastics, CNN managed to unearth some horrendously inconvenient words from Mike Pence’s past. Showcasing his now lost dedication to social conservatism, Pence stated,

News flash to the major media networks: we live in a constitutional republic. We are governed by written constitution which defines, among other things, the rights, privileges and responsibilities of high office with great clarity. Under Article II, Section 1 the executive power of the United States of America is vested in the President. In the oath of office proscribed, a president commits to faithfully execute the office and preserve, protect and defend the Constitution.

While the office brings with it the duties that attend the administration of the government, as President Herbert C. Hoover wrote, “The Presidency is more than executive responsibility. It is the inspiring supreme symbol of all that is highest in our American ideals.” When a president fails to fulfill his oath of office, as is the case where the law is broken in a big way or a small way (another way of saying high crimes or misdemeanors), the Constitution provides for a mechanism whereby the legislative branch might impeach him….

Further, the Presidents repeated lies to the American people in this matter compound the case against him as they demonstrate his failure to protect the institution of the presidency as the ‘inspiring supreme symbol of all that is highest in our American ideals’. Leaders affect the lives of families far beyond their own ‘private life’.

Now I ask, what form of personal degradation is more pathetic than the willful corruption of one’s own principles? Are we really to believe that the 40-year-old aspiring congressman version of Mike Pence was merely trying to be the best provocateur that he could be, or is more plausible that a man who has spent decades publicly throwing his weight behind the maxims of hard-line social conservatism actually holds the beliefs he once espoused? If it’s the latter, it makes his enthusiastic portrayal of sworn presidential apologist that much more nauseating.

Day-after-day, Pence literally gushes over Donald Trump. Fawning over a man who lies without compunction, who levies personal attacks without restraint, and imperils the safety of every journalist with incendiary language. A man who, along with his compatriots, is neck-deep in a collusion probe, and is embroiled in a lawsuit claiming violations of the Constitution’s Emoluments Clause. A man who’d rather stand beside authoritarians than our democratic allies, who’d rather pummel asylum-seekers than condemn bigots. A man who assails the virtuousness of war heroes, but apparently shovels hush-money in the direction of old mistresses.

So how is it that after building a reputation solely on the foundation of righteousness, that Mike Pence can stand shoulder-to-shoulder in solidarity with a man like Trump, the veritable embodiment of everything he formerly stood against? How is it that he can look in the mirror and be at peace with his present self, a shell of a man who has wholeheartedly backstopped the erosion of the “American ideals” he once cherished?

iThere are no comments

Begin typing your search above and press return to search. Press Esc to cancel.